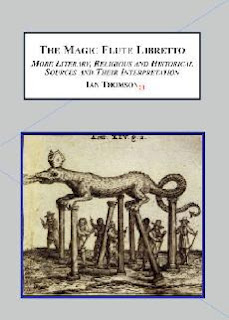 Acknowledgements
Abbreviations
List of illustrations
Other artworks mentioned in the text
A calendar of relevant events
A summary of the onstage drama
References to Acts and Scenes
Translation notes
Introduction
Chapter 1: Viennese origins
Chapter 2: A commentary on critical opinion to date
Chapter 3: A new approach
Chapter 4: The underworld drama and Tamino’s virtue
Chapter 5: The significance of Papageno and Papagena
Chapter 6: Tamino’s alignment with the Christ-figure
Chapter 7; The Implication of chivalric sources
Chapter 8: The basis of conflict between Sarastro and the Queen
Chapter 9: The roman à clef: necessary background
Chapter 10: Part A: The Queen
Part B: Pamina and Tamino
Part C: Sarastro
Part D: Monostatos
Part E: Papageno and Papagena
Chapter 11: The alchemic process in the roman à clef
Chapter 12: The opera’s republican purpose
Chapter 13: The librettists and the development of the libretto
Chapter 14: Some implications
Epilogue
Annex A: An English translation of the Playbill for the first performance
Bibliography
Name Index
General Index
Illustrations

It was Mozart’s last composition for the opera stage. The theatre’s raison d’être was

fires and waterfalls. The staging of The Magic Flute made full use of such resources

and the opera was an immediate success, not only in Vienna but also across Europe.

By 1800 it had already been performed in 58 cities in nine European countries. In

a serious dramatic work without spoken dialogue, when in fact it was firmly fixed

in the German-language tradition of ‘Singspiel’, in which spoken dialogue is mixed

with sung text and instrumental music, often with more than a hint of comedy and

librettist. The now well-known love-story plot is set in a fantasy world, following a

that involve a feuding magus and maga, Egyptian-inspired rites, physical trials, and

bodily transformations. Its inspiration has seemed to successive commentators to

come from a bewildering variety of sources, including: freemasonry, Orphic legends,

musical stage works on fantastical/magical/supernatural themes that were produced

at this time but that are now long fallen into obscurity. In the case of The Magic Flute

it is the appeal of the work’s music by Mozart that has ensured its survival. Even so,

meaningful discussion of Mozart’s music is studiously sidestepped throughout this

book, as too a meaningful discussion of freemasonry.

of other operatic texts set by Mozart, and this has led generations of commentators

to ask “What is going on here?” That is, how are we to understand this seemingly

transient, gimmick-filled stage-work of Schikaneder that was given immortality by

the genius of Mozart? For 200 years writers have used much ink and paper in seeking

to provide answers but without any real consensus being achieved. This is hardly

134 Journal for Research into Freemasonry and Fraternalism

little more than earnest and occasionally informed speculation; this book sits within

The author,Ian Thomson’s imaginative endeavour has brought together a complex

and wide-ranging array of historical, philosophical, and esoteric sources to illustrate

what he likes to think gave impetus to Schikaneder’s libretto. Here Thomson variously

introduces us to an ever-shifting kaleidoscope of sources, drawing on the travails of

medieval Grail Knights, the religious and magical intrigues of the courts of Frederick

V and Elizabeth of Bohemia and of the early Stuarts in England, the myth of Orpheus,

the tales developed by monks of Glastonbury, of an imagined Ethiopia and so on.

what he believes were the starting points of the opera. The conclusions drawn are

ideas for a staging of The Magic Flute: set in medieval times, full of chivalric Christian

fervour (qua Richard Wagner’s Lohengrin); set as a retelling of the classical Orpheus

The book is well organized, and we easily follow Thomson’s lively and wideranging train(s) of thought chapter by chapter: 1.Viennese origins; 2. A commentary

on critical opinion to date; 3.A new approach; 4. The underworld drama and Tamino’s

virtue; 5. The significance of Papageno and Papagena; 6. Tamino’s alignment with the

Christ figure; 7. The implication of chivalric sources; 8. The basis of conflict between

process in the roman à clef; The opera’s republican purpose; 13. The librettists and

the development of the libretto; 14. Some implications; Epilogue.

Throughout the book the style is polished, engaging and thought-provoking, not

least in the range and diversity of ground covered. But in all this, let us be clear,

were the plot-drivers used by Mozart and Schikaneder to create The Magic Flute.

Ultimately the book has not much of a contribution to make except, perhaps, on the

a casual reader from buying it. However, the work can be read on-line for free

Department of the University of East Anglia, UK—via the British Library’s eThos

website, as: Thomson, I. Mozart’s opera Die Zauberflöte: an Analysis of the Historical and

Literary Sources of the Libretto