The English Masonic Union of 1813: A Tale of Antient and Modern by John Belton

The English Masonic Union of 1813: A Tale of Antient and Modern 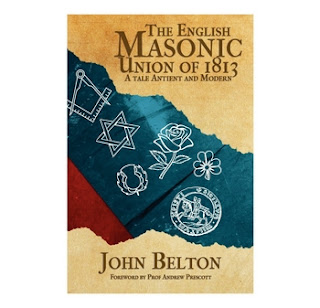 
The bringing together of the Antients and Moderns to form the United Grand Lodge of England in 1813 was a tricky matter. How all this came about is not just an English tale but an Irish and Scots one as well. Complexities concerning 'union' included what to do about other masonic orders, especially the Royal Arch and the Knights Templar. For the first time ever this account provides a birds-eye view of the issues and personalities behind one of the big events of masonic history still affecting us today.

"In this pioneering and stimulating book, John Belton tells with verve and enthusiasm the story behind the events which led up to the formation of the United Grand Lodge of England in 1813. Providing completely new perspectives on this key event in the history of British Freemasonry, John's book will be of interest not only to freemasons but to all those who are interested in the contribution of Freemasonry to British culture and society." - Prof Andrew Prescott, Kings College London