The human. Bare life and ways of life. John Lechte 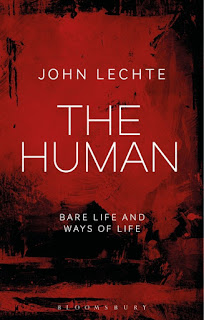 
Why is it important to consider the human today? Exploring this question John Lechte takes inspiration from the interplay of two of Giorgio Agamben's concepts: 'ways of life' and 'bare life'.

Stateless people, those who do not have a political community, such as asylum seekers and refugees, are no less human. However the European tradition, represented most clearly in Hannah Arendt's thinking of the opposition between the oikos, as the satisfaction of basic needs, and the polis, as the realm of freedom and glory, proposes the opposite of this. Arendt's famous phrase, 'the right to have rights', means that freedom and full human potential can only be realised in the context of civil society; in short, that only citizens can be fully human. Because Arendt's view is so influential, yet often not acknowledged, it is necessary to undertake a full investigation of the nature and meaning of the human to establish that it is not reducible to the citizen, but is always characterised by a 'way of life' – life mediated by language. The human is never reducible to 'bare life' – a life with no other significance than physical survival.

The implications of 'bare life' are investigated through important themes in relation to the human, such as: freedom and necessity, the animal, animality as nature, inclusion and exclusion in politics, the sacred, death and dying, technics and nature, the Same and the Other, the everyday as extraordinary. Journeying through Agamben, Arendt, Bataille, Derrida, Hegel, Heidegger, Husserl, Levinas, Schelling, Simondon, and Stiegler, this is a profound search to reveal the truly human.


Introduction
1. The Condition of Being Human
2. The Theory of the Polis and the Political in Western Philosophy: Implications for the Human
3. How the Ordinary is Extraordinary: Arendt and Heidegger on the Polis
4. Approaching the Human and Freedom
5. The Human and the Animal: Bare Life and Transcendence
6. The Human and the Sacred in Bataille's Writing
7. The Human and/at the Moment of Death: Index and Image
8. The Human as Technics, Technicity, Technology and 'Way of Life'
9. Levinas on the Absolute Other as the Human
10. Life as Way of Life – As Acting