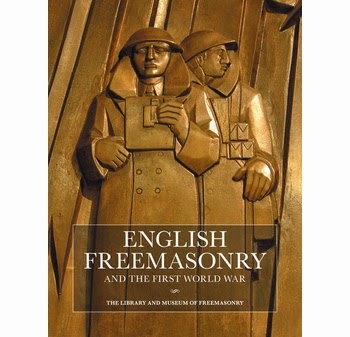 AVAILABLE FOR PRE-ORDER - PUBLICATION SEPTEMBER 2014
When Britain declared war on 4th August 1914, English Freemasonry faced 'unprecedented circumstances'.    The Library and Museum of Freemasonry is located in Freemasons' Hall in Great Queen Street in London, a building dedicated to the Freemasons who died in that war. This book, written by staff at the Library and Museum and drawing on its extensive collections, looks at the impact of the First World War and its aftermath on English Freemasonry.    How did lodges cope with their members being called up to fight?  What was the experience of the fighting freemason- and the freemason in captivity?  When it became clear that casualties were on a large scale, the Grand Lodge organised a Roll of Honour and individual lodges produced their own memorials and after the war the Grand Lodge faced new challenges at home and abroad.   This fascinating, informative and richly illustrated book covers:   ·        The Masonic World in 1914 ·        Men at War - the serving Brethren and volunteers ·        Prisoners of War ·        Roll of Honour and Memorials ·        Trench Art ·        Charity ·        Post War World
Paperback, 96 pages
280x210
zie ook Lewis Masonic
£14.99